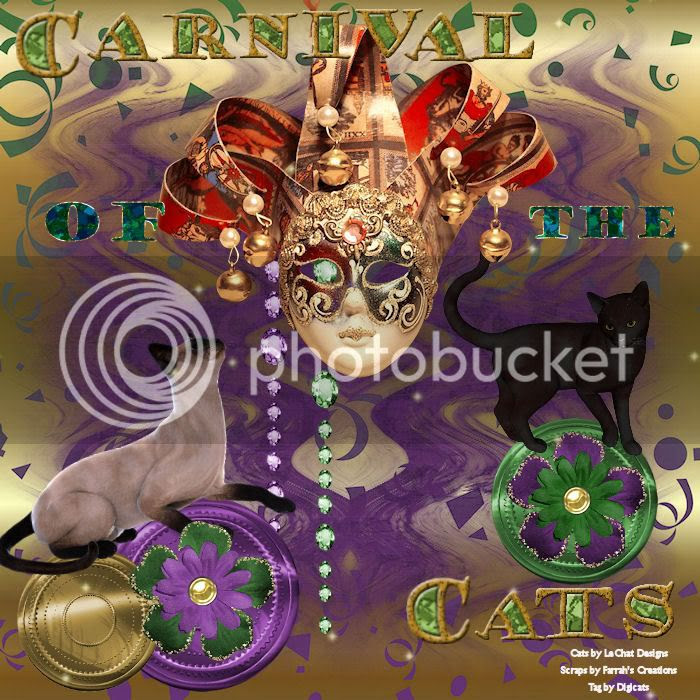 Known as the Celebration of Carnival, it is popular in many countries. The colors of Mardi Gras are purple, Green and gold and represent Justice (purple), Faith (green) and Power (gold).

We are celebrating a bit early, here at the Carnival of the Cats.

To start out though, we are going back even earlier to some Weekend Cat Blogging with Kate but it's not a happy post as it seems her kitten Loiosh has a fractured leg. Healing purrs would of course be appreciated!

Rob Stone sends along a link to Video Jug where you can view many videos on Cat Care, adopting a cat, and illness and treatments.

This is a very good resource and you should probably bookmark. it also includes a video on Feline De-Clawing alternatives which when you understand The Truth About Declawing, you will want to give him head bumps for!

Annie Binns feels the need to explain why she smells like bleach. I have to disagree on her belief that shelters must be either "no-kill" or "open-admission" but not both, as we have several here in Florida that are both. However, we probably deal with a lower volume of homeless animals than big city shelters do.

Jams O'Donnell shares a picture of "Robyn and...2" over at the The Poor Mouth.

Jay Zuck shares the beauty of the feline form in his Sketch of the Day. He said he was challenged to sketch the most fearsome predator he could think of, and he did a very good job of it!

Russ sends along a video of the first thing he sees every morning. For some reason, he doesn't like the nose biting part. I wonder why that is?

Videos seem to be popular today as next we are treated to Ninja Cat 2, the sequel to the popular Ninja Cat video.

My Tabby Brofur should be happy then that the Paparazzi that have plague him this week not have video cameras, as he is caught Sleeping with the Enemy. It is okay, I give him extra face whaps today and steal his treats! Hah!

Tristan not the only one plagued by Paparazzi. Just take a look at Rufamuffle. Yes, it is easy to get us to close our eyes as we do not like the flashy box. 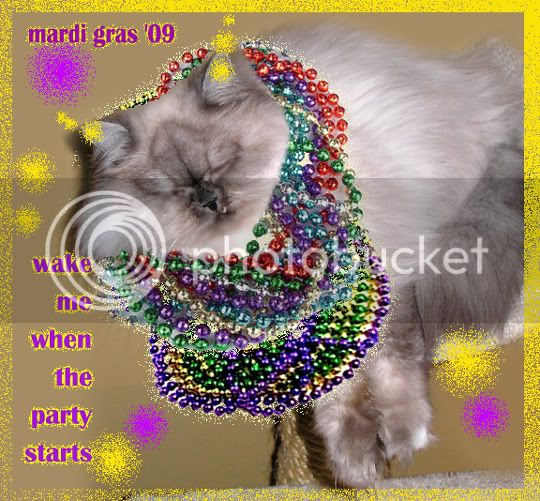 Don't for get to check out High Five Sunday at Zoolatry AND vote for Maggy for Purrresident. Zoey is too busy trying to become Prime Minster of Paw-ties!

Callie has no problems with Paparazzi as she poses for the camera over at Allan Thinks.

Over at Doubting Thomas, they are Channeling Chessie the railway cat.

Speaking of trains, Elms in the Yard shares a photo of Stripes, a member of the colony that lives at a train station in Tel Aviv. 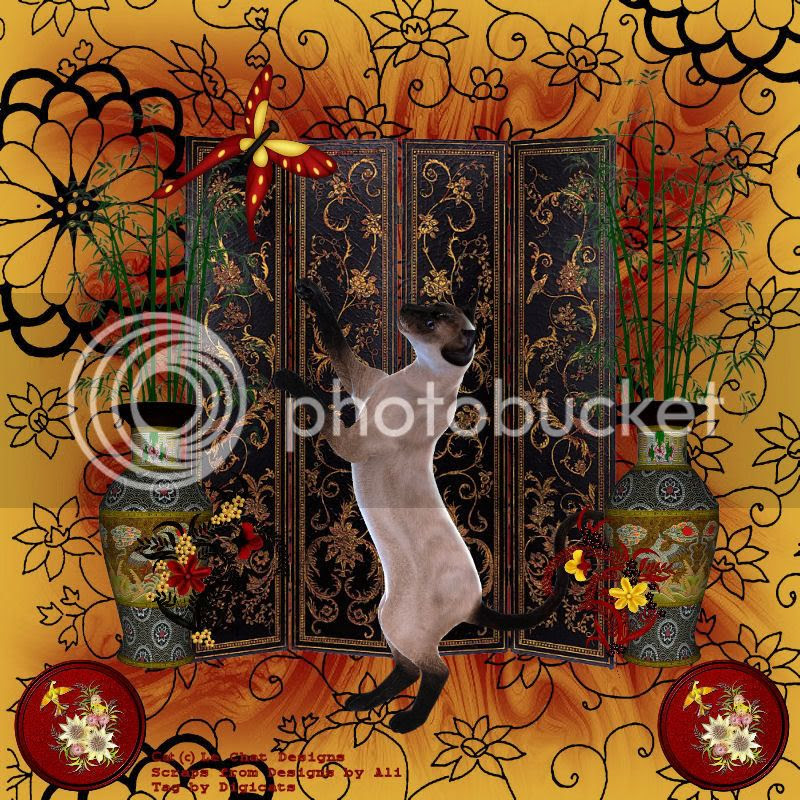 Chinese New Years is tomorrow, January 26th, as it becomes the Year of the Ox. Cat Synth shares with us the Cats of China on Weekend Cat Blogging.

On might argue that every day is Caterday over at the House of the (Mostly) Black Cats, but Pepi has some special plans for this one. 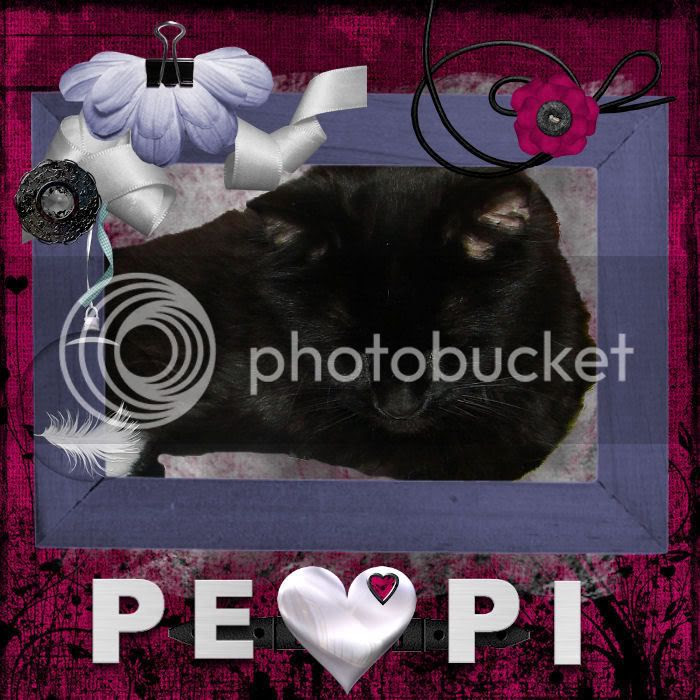 Speaking of Pepi, he has a dream. So do I and so do a bunch of other kitties. Check them all out at T13: I has a dream.

Health insurance for cats is a very important issue and the Insurance Toolbox sends along an article on it. However, I take offense to "Fido" and "Whiskers" as names. My goodness...couldn't they have been more imaginative?

The Lazers are out over at When cats Attack. To be honest, I find little entertainment in chasing the red dot.

Gottagopractice seems to have some privacy issues as she tries to take a bath at If at first you don't succeed.... Now THAT's a funny picture!

Sam Black and Mr. Tigger break out their Seminoles gear over at Life from a Cat's Perspective. No photo hunt, but still lots of cute pictures. And they are supporting Maggy for Puuurrresident!

That does it for this week's Carnival of the Cats. Hope you enjoyed the festivities and gathered a lot of beads and candy!

Posted by Diamond Emerald-Eyes @ 5:36 PM
Email ThisBlogThis!Share to TwitterShare to FacebookShare to Pinterest
Labels: Carnival of the Cats

Wonderful Carnival of The Cats Diamond!! Thanks for all the cool links to some cool kitties!
Your (We are so glad the cold is gone) FL furiends,

What a super Carnival! Thanks for all the great links!

Sniffie and the Florida Furkids
(we agree with Samantha and Mr Tigger - it's MUCH nicer now!!)

Furrtastic carnival, love the kitty pics, making those scrapbook collages is something I haven't figured out. 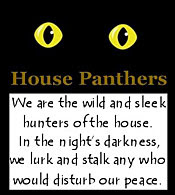